TO SEE THE DOCUMENT PLEASE CLICK ON THE LINK: 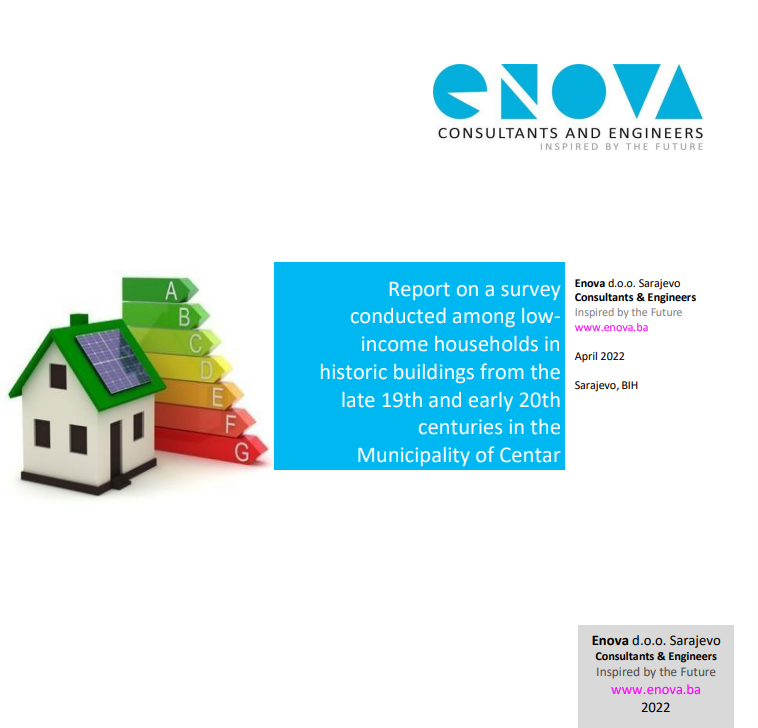 “This report presents the results of a survey conducted among tenants of collective housing facilities  (buildings) located in the area of the municipality of Centar Sarajevo, which were built in the late 19th and early 20th centuries. These buildings are also known as Austro-Hungarian buildings.

Out of 195 buildings, this survey covered 40 of them, i.e. slightly more than 20%. There are 595 apartments in them, whose representatives (tenants or users) were included in the survey. Tenants of 44 apartments (7.40%) were not present during the survey, the number of 12 apartments (2.02%) are not used or very rarely used, while a significant number of the apartments are rented, for example to students or tenants (data on the exact number is not known ). This should definitely be taken into account when observing and analyzing the results of the survey.”