ComAct – Community Tailored Actions for Energy Poverty Mitigation is an EU funded Horizon2020 project that aims to make comprehensive energy efficient improvements in multi-family apartment buildings in Central and Eastern Europe (CEE) and in the republics of the former Soviet Union (CIS).

The key is to make renovations affordable and manageable for energy poor communities, as well as to provide needed assistance for lifting said communities out of energy poverty.

The idea is to identify energy poor households and to create a new understanding of energy poverty. Next step is intervening across the three key dimensions, being it stakeholders and communities, the financial, and the technical one, and finally testing the approach in five pilot countries – Hungary, Bulgaria, Lithuania, North Macedonia and Ukraine.

Energy poverty is rather a complex concept. Hence a detailed and specific solutions are needed to tackle it, for which there is ComAct with its new report. 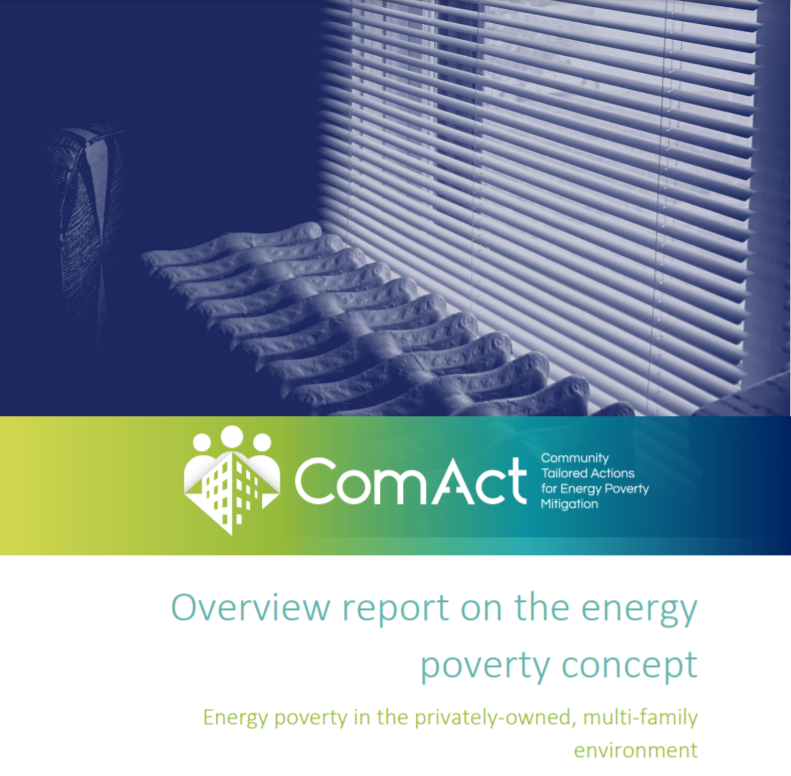 The Overview report on the energy poverty concept is aimed at highlighting the need to tackle energy poverty as swiftly as possible, as it is an issue that acts as a gatekeeper against a higher standard of living. The report was put together by a consortium of organizations that contribute to ComAct – Building Performance Institute Europe, Metropolitan Research Institute, LVOA-ALCO, OHU, ENOVA, IWO, EnEffect, Burgas Municipality as well as Habitat for Humanity International and Habitat for Humanity Macedonia. All of these organizations brought together their best experts in the field of energy poverty and housing to deliver a report on the state of energy poverty within the five ComAct pilot countries, how energy-poor are identified there, and what financial and other supportive programs are in place to support them. Furthermore, the report has identified existing financial schemes from all over Europe, which have been proven to help alleviate energy poverty in multi-family apartment buildings (MFABs).

Some of the key findings related to the concept of energy poverty are:

Energy poverty in the pilot countries

As mentioned above, the report and the ComAct project itself focuses on five pilot countries of the CEE and CIS regions:

Countries in the CEE and CIS regions have the most energy-poor people in Europe, mainly due to high energy prices and poor energy efficiency of the buildings, heating systems and appliances. In these regions, the housing stock is predominantly privately-owned and characterized by a large percentage of MFABs. This is the result of mass privatization in the 1990s, along with the deconstruction of the social safety net: utility and energy costs of the flats massively rose, burdening the family budgets. At the same time, the socialist-era collective maintenance mechanisms were left behind, and the decay of homeowners’ associations has not been addressed effectively with a clear set solution.

To address the complex roots of energy poverty, there is a need to develop a new approach to make interventions affordable, substantially influence energy costs and consequently reduce the high energy poverty level in the CEE and CIS region.

Following is a short description of the state of energy poverty of each ComAct implementing country.

Surprisingly, the country has a rather low level of energy poverty compared to other states within the ComAct project. Just around 5 to 10% of households are energy poor in Hungary. It is mostly the rural areas, specifically the family houses that are more affected. Nevertheless, MFABs have a myriad of other specific problems, such as a large number of apartment owners that make renovation more challenging from an organizational point of view. Hungary also uses the term ‘vulnerable consumer’ for law-making, which is a descriptor of social status. Problem is that there are no socially targeted renovation subsidies available, which might make it harder for Hungary to implement the coming EU Renovation Wave Strategy in the most effective way. 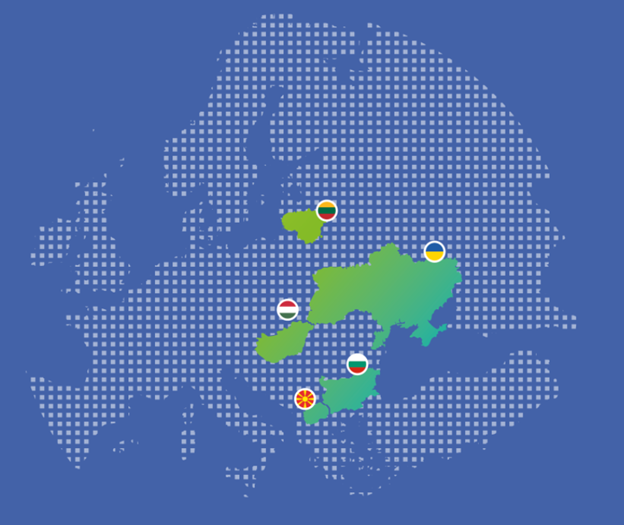 Among the ComAct countries, Bulgaria has the highest share of energy-poor households, with a whopping 10 to 35% of households being energy poor, and with only 3.6% receiving a heating allowance. The current renovation program also lacks income components to help facilitate an alleviation of energy poverty in the country.

Following Bulgaria, Lithuania is the second energy poorest state, with an energy poverty level of 10-26%. MFABs in cities and towns are more affected than family houses in rural areas. There also is no official definition of energy poverty, but there are some measures like heating allowances and socially targeted renovation schemes, which aim at alleviating the energy poverty stricken owners.

North Macedonia is very forward thinking, as it already addresses issue of energy poverty in several strategic documents, as well as through policies targeting vulnerable energy consumers. The number of energy-poor households is comparable to that of Lithuania and Bulgaria, which highlights how being within the EU does not automatically mean a higher standard of living, as it takes time and appropriate policy work. Although the condition of buildings in rural areas is worse, the problem of energy poverty is much more severe in urban areas due to the affordability of energy.

Ukraine has a large energy poverty problem since the cancellation of its high energy subsidies during the last five to six years. Not all subsidy schemes were abolished and some are still in place, but as there is a large energy-poor population and the building stock has a very low energy performance, it is difficult to target these schemes at the most vulnerable consumers.

The EU perspective on energy efficiency of buildings

Energy poverty has a long tradition inside the EU, hence according to the known regulations such as the National Energy and Climate Plans (NECPs), and also as a part of the Renovation Wave Strategy or the EU Green Deal, the EU has dedicated mechanisms to support building renovation, for which money is earmarked within the Recovery and Resilience Facility, as well as other instruments. Problem is though that the EU member state implementation is rather insufficient, and hence energy poverty is still a large issue.

All EU member states should ensure the necessary supply of energy for vulnerable customers and in doing so integrate an approach, which looks at various policy areas that could be used to measure and tackle energy efficiency improvements of housing. Effectively, these directives should acknowledge the existence of energy poverty and say that the protection of vulnerable consumers is a minimum requirement to eliminate it, keeping in mind that energy poverty is a broader concept than that of vulnerable customers.

The Clean Energy for Europeans package takes it a step further, as it consists of eight legislative proposals targeting various sectors: energy efficiency, energy performance of buildings, renewable energy, energy security and more. The Governance of the Energy Union and Climate Action Regulation also stipulates that EU member states should assess the number of energy-poor households, but measures and solutions are still not exactly clear. Similarly, the Energy Efficiency Directive tackles energy poverty in a way, in which it calls for measures to address vulnerable households as a priority. Lastly, under the revised Energy Performance of Buildings Directive, EU member states are required to outline relevant national measures to help alleviate energy poverty as part of their Long-term Renovation Strategies, to support the renovation of both residential and non-residential building stock.

Said legislations are also important for the Energy Community members, such as North Macedonia and Ukraine, although they have still not implemented the Clean Energy package, as their legislation is lagging behind that of EU member states.

All in all, the EU is primed to address energy poverty within and even outside the EU. However, if it means to do that properly, heavy cooperation with both the EU member states and the civil society experts will be necessary, as they are the ones with the real field expertise. And just as the overview report of ComAct illustrates, solutions must be direct and comprehensive, targeted at the most vulnerable energy consumers.

Find more information about ComAct on the official website of the project here.

For more information on the overview report and its findings, please visit this site.