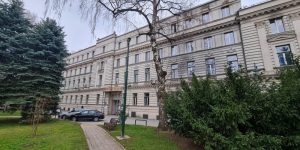 We are very excited that from March until November 2021, the project will be implemented in yet the seventh location, Municipality of Centar Sarajevo, Sarajevo Canton.
END_OF_DOCUMENT_TOKEN_TO_BE_REPLACED 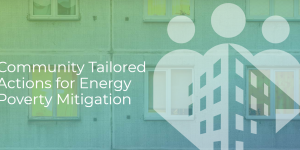 The European Climate Pact (ECP) is a new, EU-wide initiative inviting individuals, communities and organizations to participate in climate action and building a greener Europe....
END_OF_DOCUMENT_TOKEN_TO_BE_REPLACED

It has been already more than ten months from the date when the EU Member States were supposed to submit their newest Long-Term Renovation Strategies...
END_OF_DOCUMENT_TOKEN_TO_BE_REPLACED

Renovation Wave Strategy is out: what to expect?

In October 2020, the European Commission published the official Renovation Wave Strategy with an aim to improve the energy performance of buildings by doubling the...
END_OF_DOCUMENT_TOKEN_TO_BE_REPLACED

How USAID and HFHI united neighbors to heat their homes, reduce their energy bills, and strengthen their communities. These stories are all too common in Europe and Eurasia, where housing for low income residents and retirees is dominated by 1960s era apartment blocks.
END_OF_DOCUMENT_TOKEN_TO_BE_REPLACED

We have gotten an early Christmas gift and a good reason to celebrate this end of the year! REELIH project of Habitat for Humanity and USAID is included in a new publication 50-out-of-the-box Housing Solutions to Homelessness and Housing Exclusion by Housing Solutions Platform, which is the partnership of FEANTSA, Fondation Abbé Pierre and Housing Europe.
END_OF_DOCUMENT_TOKEN_TO_BE_REPLACED

Energy poverty conference and workshop in Budapest: From household problems to climate crisis

Centre for Social Sciences Institute of Sociology in Budapest, Hungary will host a two day International Conference and Workshop on November 25th and 26th, 2019 named Energy poverty: From Household Problems to Climate Crisis. This event will talk about good practices and experiences around defining and measuring energy poverty in Europe with a special focus on Central Eastern Europe and then trying to define energy poverty in the Hungarian context.
END_OF_DOCUMENT_TOKEN_TO_BE_REPLACED

Energy Poverty Days are organized by an initiative called Social Innovation to Tackle Energy Poverty. The Energy Poverty Days will be a two day conference. Day one is dedicated to a discussion of cross-sectoral perspectives on tackling energy poverty. The second day is reserved for finalists' presentations of smart solutions in their project in front of international jury who will choose the winning project for each of the five country. Most successful and winning projects will be awarded with additional grant for further development.
END_OF_DOCUMENT_TOKEN_TO_BE_REPLACED
Page 1 Page 2 Page 3 Page 4